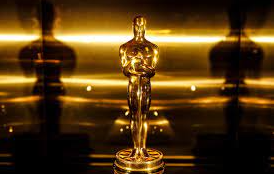 The 94th Academy Awards are coming up (more commonly known as the Oscars). The Oscars are a yearly event that awards some of the most outstanding movies and acting, and there were so many outstanding movies this past year. There are 23 Oscar categories this year. If you want to see what movies and actors and actresses are nominated check out the official Oscar nominations. This year the Oscars will be on March 27, 2022, at 5 P.M. and will be hosted by Regina Hall, Wanda Sykes, and Amy Schumer.

Here are some of the nominations for the biggest categories:
Best Picture:

Javier Bardem in BEING THE RICARDOS
Benedict Cumberbatch in THE POWER OF THE DOG
Andrew Garfield in TICK, TICK…BOOM!
Will Smith in KING RICHARD
Denzel Washington in THE TRAGEDY OF MACBETH

Actress in a leading role: